The Night I Became Academy President 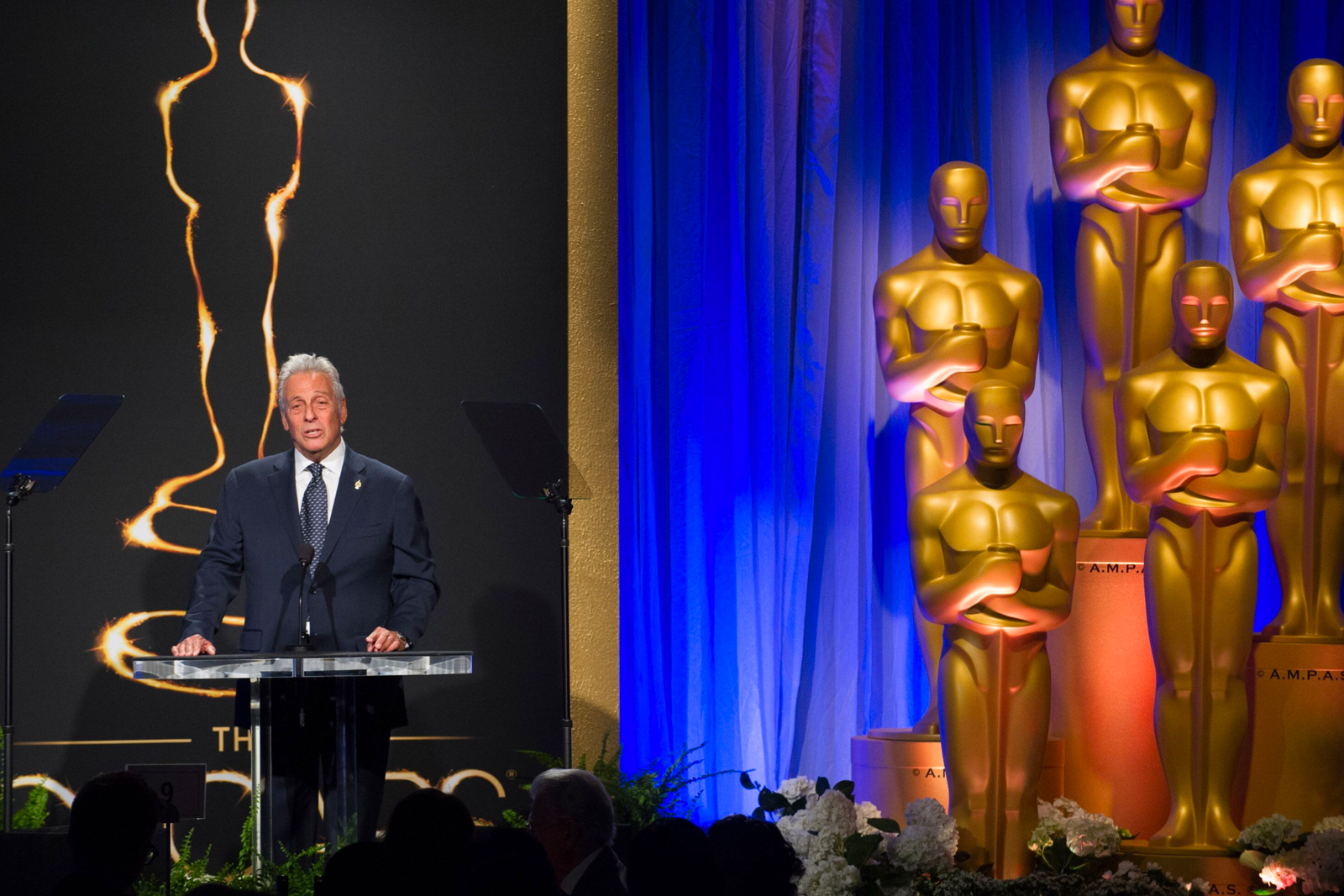 The following is an excerpt from my memoir MAGIC TIME: MY LIFE IN HOLLYWOOD

I was an Academy governor. Not only was I a member of the board, I got elected treasurer—twice—then vice president.

While Mark Gordon and I were still working to get the producers’ mark standardized, I had become first vice president of the Academy, right behind Tom Sherak. To some people’s delight and other’s dismay, I had a point of view that I was never afraid to express. I cared.

There began to be moments when I was pestered by a thought that felt like a fly you swat when it circles annoyingly around your ear. Or was it a wish I couldn’t let myself entertain? I wasn’t sure, but either way, I found myself thinking what had previously been unthinkable: Could I ever run for president of the Academy?

My father had been president in 1977 and while there was a pile of “ifs”—like if I could run and if I could win—a victory would make us the first father and son to be Academy presidents. I was both daunted by and excited about that possibility. Knowing that Tom Sherak would be terming out significantly bolstered my thoughts about running for president.

I talked to Molly, Mark Gordon, Vance, and my buddies Gary Lucchesi, Greg Hoblit, and Michael Manheim. But mostly I talked to myself. I wondered, Am I willing to stick my neck out this far?

Is it possible for a Koch, other than the one named Howard W. Koch, to become president of our Academy?

While I was going back and forth about it, the one thing that pushed me over the edge into the “Why not give it a try?” camp was realizing that because I’d already been on the board for three consecutive stints, I’d only have one year left before I termed out. It was now or never, so I jumped, knowing that if I won, I’d only have one year to be president.

I asked my friend and fellow board member Phil Alden Robinson if he would nominate me if I decided to run. He thought it was a good idea and agreed to do it.

The day arrived and with it all sorts of dark thoughts, all of which were variations of this one theme: What if nobody votes for me? I arrived at the meeting with my stomach having taken up residence in my throat and utterly unable to eat the hot meal served to us before the meeting began.

The way it usually plays out is that somewhere between three and six people get nominated. A vote is tallied and whoever has the lowest number of votes leaves and then another vote is tallied. This process continues until the one with the majority of the board’s votes becomes president.

On this day—the day of learning the true meaning of quaking in my boots—just three of us were nominated. I figured I’d be out on the first ballot.

Each of us was able to make a statement to the board about why we wanted to be president before we were sent out of the room so the board could discuss us, after which we’d be allowed back in to vote with the rest of the governors.

When it was my turn to speak, I told the board that I had been around the Academy since the early 1970s, that I had served on committees for more than twenty years, and that having been at the helm of many motion pictures, along with having been president of the Producers Guild, I felt I knew what leadership was about.

I told the board I felt there were a lot of issues that needed the kind of leadership that I could bring. Having been a producer for many years, I had experience leading large groups of people with goals to meet.

The world was changing, and even though change was hard, I felt the Academy needed it. The board needed to be more open and trans- parent with its general members. I suggested that one way we could do that would be to have an open membership meeting at least once a year.

I felt we had many branches that were bursting at the seams, and that it was time to look at which crafts should have their own separate branch.

I felt that we weren’t paying enough attention to the diversity issues necessary for the Academy.

Lastly, I told the board that were I to win, I would take the year off of making movies and would devote myself entirely to the Academy.

When we’d all spoken, the three nominees walked out of the room and down the hall of the Academy together. There we were in front of the picture of the original organizers of the Academy in 1927. They included Mary Pickford, Louis B. Mayer, Cecil B. DeMille, Irving Thalberg, and Douglas Fairbanks. Looking at those pictures, it was chilling to realize that one of us standing there was going to join that august group as the next Academy president.

We were called back in, whereupon we cast our votes with the rest of the members. Our CFO, Andy Horn, counted all the ballots and after having written down the decision, he handed that portentous scrap of paper to Cheryl Marshall, who was practically an Academy institution herself. Cheryl worked for the executive director for close to forty years; she was the only one who knew what the rest of us didn’t know. Cheryl ceremoniously handed the paper to the Academy’s outside attorney, John Quinn. Instead of saying what I fully expected to hear, which was, “We’re down to two, so-and-so will need to step away,” he said the words that I will remember for the rest of my life: “We have a new president: congratulations, Hawk Koch.”

Something inside me shuddered when I heard the words that sent a shock throughout my body. I composed myself as best I could, but let me just say that I had never before experienced such an internal physical lurching. I had reached a pinnacle, one that I never really believed I could achieve, and my body was recalibrating itself to make room for the news. Hell had frozen over, pigs had taken wing in the sky, and I had just become President of the Academy of Motion Picture Arts and Sciences. Oh. My. God.

The first thing I wanted to do was tell Molly, but I had to take over the meeting! The moment somebody began to speak for what I could tell would last a minute or more, I reached down into my lap and texted my wife these life-altering words: “I’m prez.”

I felt myself stepping out from under my father’s shadow and taking my place beside him. In my imagination, I stood there proudly next to—but no longer obscured by—Howard W. Koch.

For more, check out MAGIC TIME: MY LIFE IN HOLLYWOOD.