The Day The “The Odd Couple” Went To A Mets Game 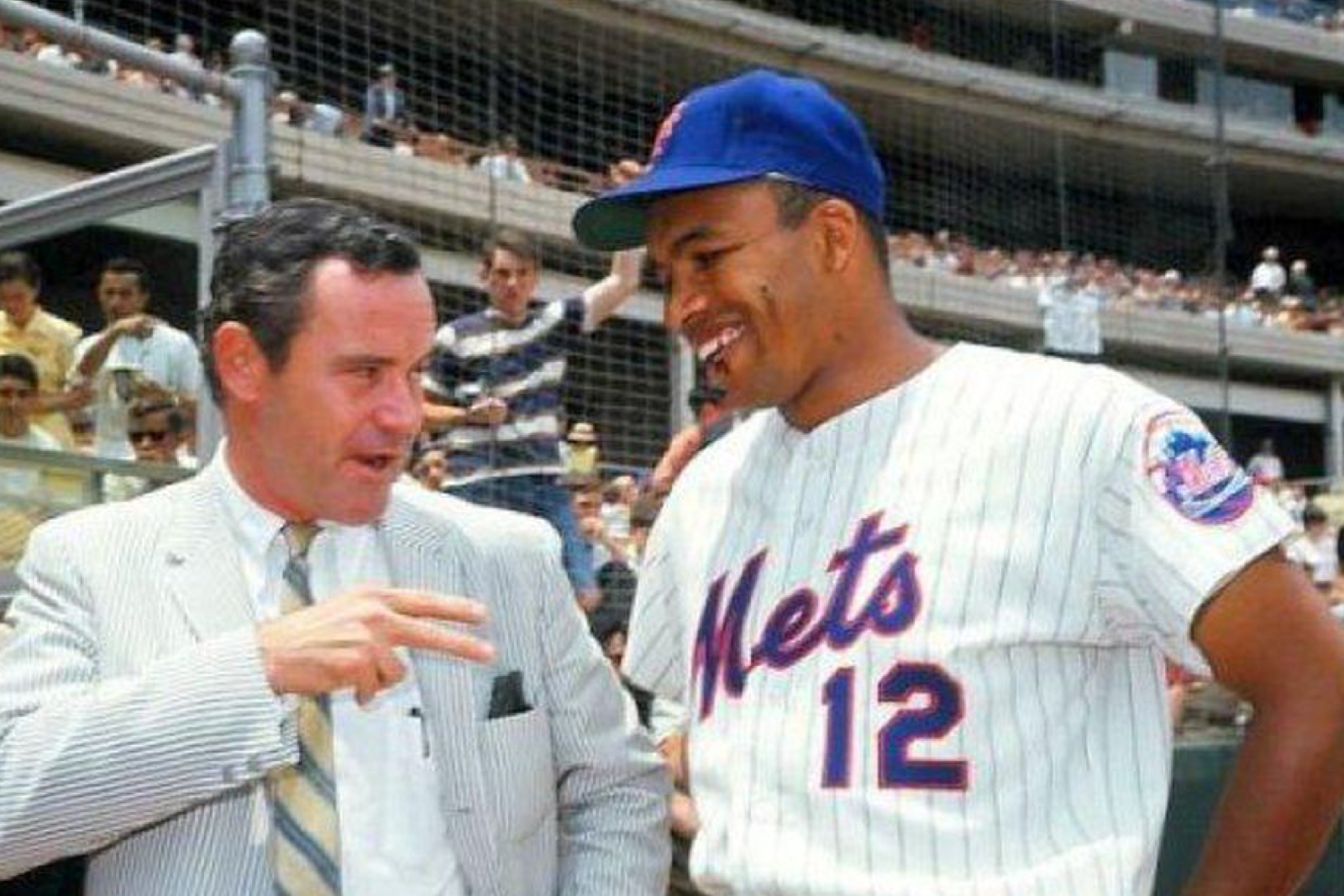 The following is an excerpt from my memoir MAGIC TIME: MY LIFE IN HOLLYWOOD

Every Friday night Roman Polanski liked to wrap by six thirty so he could host a party at his house. One particularly memorable Friday we were shooting the scene where Jake was at the Department of Water and Power looking at all the photos on the wall. It was a difficult shot because we were panning from Jack Nicholson’s face to one photograph, then back to his face, then back again to a different photograph. It took some time to set the focus marks.

Earlier in the week, Jack had said, “Hey, Bullhorn, you do know that Friday night the Lakers are playing the Celtics in Boston, in a big game, right? Do you have a TV set for me?”

My nickname was “Bullhorn” because my voice was so loud and deep that I didn’t need the one item that seemed to be an appendage for most assistant directors.

I said, “Sure, I’ve got a little black-and-white Sony with rabbit ears. I’ll bring it from home for you.”

On that Friday afternoon, I plugged it into his knockdown trailer on the set—sort of like a little box dressing room. While we were setting up the next shot, the Lakers game was on. Since they were playing in Boston, tipoff was probably four thirty LA time. It was now more than two hours later, the fourth quarter of the game, and we were ready to shoot. I told my second AD, Michelle Ader, to go and get Jack.

When she returned without him, she told me Jack had said, “Hang on a minute. It’s almost the end of the game.”

Roman was none too happy hearing that because (a) we were ready to shoot the last shot of the day, and (b) it was a Friday, and he wanted to go home to his party. I sent Michelle back again.

She knocked on the door, but this time Jack didn’t even bother to open it.

Instead, he screamed through it, “Not yet—there’s just a few seconds left!”

Roman, not amused and with eyebrows beginning to furrow, said, “Come on, Howie. You go get him.”

I went this time and pleaded, “Come on, man. We gotta shoot!”

“I can’t—there’s thirty seconds left in the game.”

And then he yelled, thrilled, “Oh, my God! Jerry West just hit a shot. We’re in overtime!”

Everyone on the set was aware of what was going on, and we were all within earshot of Roman beseeching, “Come on, Jack. We need to go. I’ve got a big party tonight. Mariachis, Mexican theme, you’re gonna love it. Come on, we’re all gonna have a great time, so let’s get this shot done.”

It was late and our crew—just like the Lakers and Celtics—were also going into overtime. Despite Roman’s pleading, Jack was not coming out. Then we heard from inside the locked trailer, “Oh, my God—second overtime!”

Now Roman was screaming, but Jack refused to open the door. Finally, Roman conceded, “Okay, forget it. I’ll come and watch the game with you. Then we go. Please, let me in.”

“Yes, let’s watch it together.”

Jack unlocked the door and opened it. There sat the offending TV, just inside the door and within arm’s reach of Roman. He reached in, grabbed my little Sony, and slammed it across the stage floor, shattering it to smithereens.

Calling Jack’s response a “blue streak” doesn’t really capture it, but let’s just say I learned some words I don’t even think sailors had heard before. And because even that wasn’t enough to release the full expression of his fury, Jack took off his suit jacket and threw it at Roman. Roman—pissed to the ceiling himself—swore back, took his sweater off, and threw it at Jack. They were screaming at each other and hurling their clothes one item at a time until they were both down to their underwear and bare feet, at which point the two of them stormed off the set in different directions.

Since it was clear we would not be shooting the scene, I yelled, “Wrap!” and wound my way up to Roman’s for the party, not entirely sure there’d be one.

I braced myself for the worst but found Jack and Roman laughing and buddy-slapping each other, suddenly the best of friends.

“What happened?” I asked, befuddled.

“We got to the corner of Melrose and Gower, looked at each other in our cars—naked—and suddenly realized how hysterically ridiculous the whole thing was.”

And that was that—at least until the next morning when at ten, Roman’s assistant pulled up to my house and delivered a new Sony television set, courtesy of Roman. And this one was in color!

For more, check out MAGIC TIME: MY LIFE IN HOLLYWOOD.